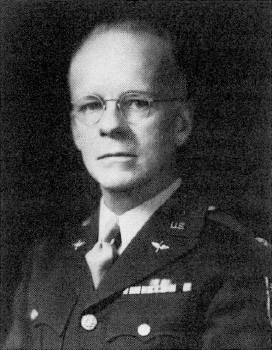 Certain uncommon men lead exceptionally full lives; John “Jack” Thomas Stark was one of these. He was born in Jackson, Tennessee, September 1, 1887. His mother died when Jack was only 9 days old and he was placed in the care of his “aunts,” actually his father’s nieces. He graduated from the local schools and worked locally as a bookkeeper, office manager, and auditor. This was a man of small stature, of extraordinary physique and vitality, who lived actively to the age of 97 (died May 10, 1984).

In 1916 he found his life in Tennessee inadequate and worked his way to Portland, Oregon. Enroute he met Carl Beecher, then Dean of the School of Music at Northwestern University. Beecher recognized Stark’s remarkable intellectual talents and interests in all natural things, and convinced him to enter Northwestern as a freshman, where he could study geology under the great teacher Ulysses S. Grant. Except for much of the year 1918, when he was in the U.S. Navy, he continued his undergraduate studies, demon­strating exceptional interest in both geology and English literature (B.S., 1921, M.A., 1922). Dr. Grant recognized Stark’s abilities and energy, nurtured his interest in geology, introduced him to the Precambrian geology of northeastern Minnesota, and added him to the faculty of his department.

Stark continued his graduate studies at the University of Chicago (Ph.D., 1927). His colleagues there also were exceptional. One was M. King Hubbert, a trusted predictor of future world oil reserves; another (Stark’s roommate) was John Scopes a principal in the famous Tennessee evolution trial.

During this time as a graduate student and as instructor in geology at Northwestern, Stark and Beecher continued to be close friends. Both were interested in music and art. As the years passed, they became collectors of etchings, assembled an important library of English literature, and made such books available to interested students. From time to time, Stark offered special courses in the Department of English, and his vast experience in art, literature, and science made him a master teacher. His influence in broadening the horizons of his students was immeasurable.

Professor Grant was a magnetic man, deeply immersed in geology and teaching. He had married into the well-known Winchell family, of which two were original Fellows and early presidents of the Geological Society of America, but he was getting physically old when Stark became his understudy. Nevertheless, they led field trips into the Lake Superior region of Minnesota; set about to understand some of the complexities in rock types, their structure, and stratigraphic correlatives; and generally to savor this attractive, primitive region. Unfortunately, Grant died in 1932; Stark, without his old teacher, leader, and friend, began to work in other areas.